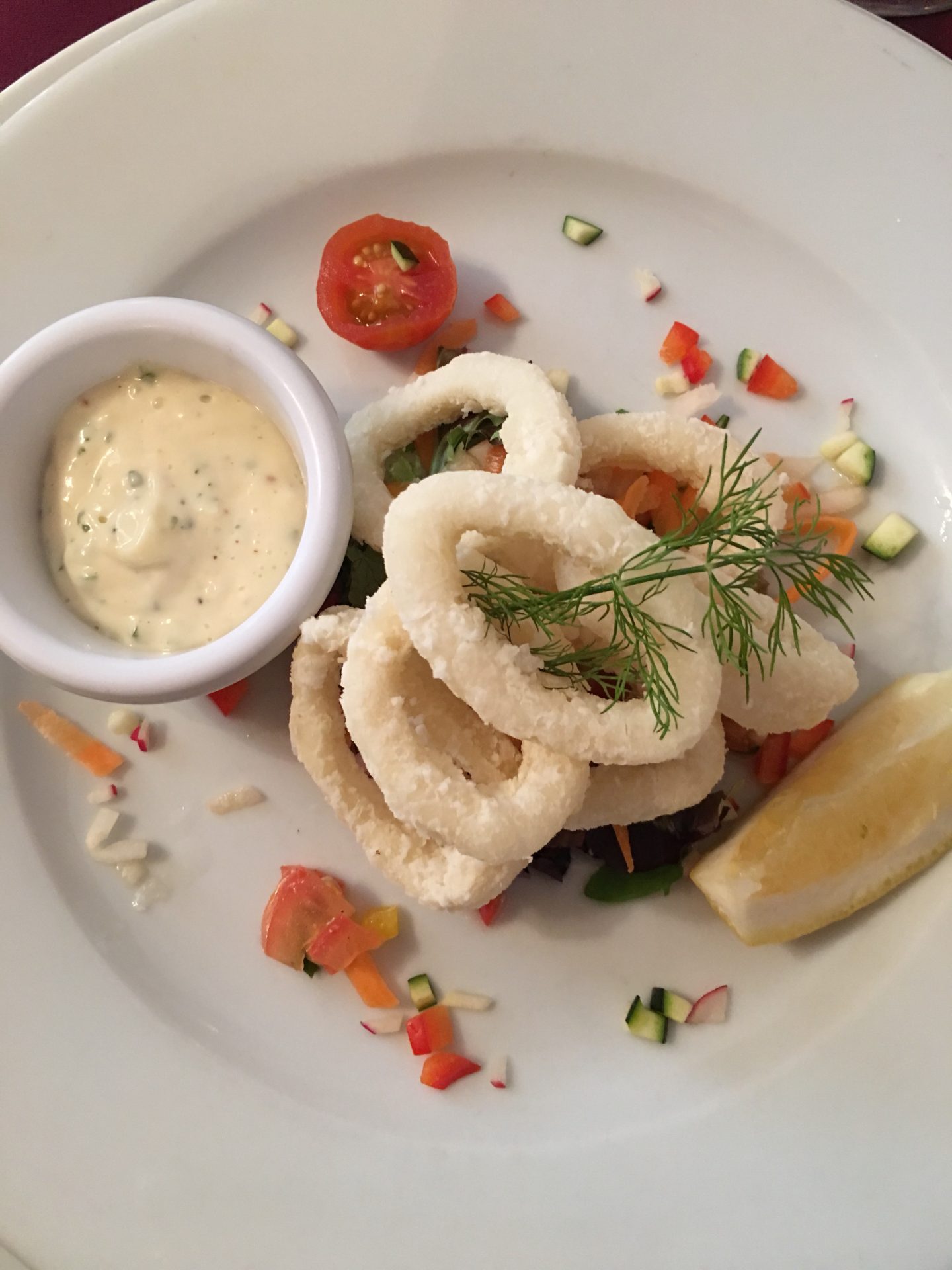 Like many others who suffer from gluten intolerance/coeliac disease, I find that eating out can be a bit of a nightmare!
We decided recently to try out a small family-run restaurant near my sister’s flat one night for dinner. I did the usual research, checked they had a gluten free menu, ensured they were aware I would be ordering gluten free food and set off with my buscopan and peppermint tablets in my bag just in case!

We got to the restaurant and it was huge! Much bigger than it looked on the outside and very traditionally decorated. There was even a pianist playing in the corner- such a nice, welcoming idea and it made the evening feel much more special!

When we arrived and were seated, I confirmed to the waiter that I was the “gluten free one” and if they had a gluten free menu. He answered basically by saying, you tell me what you want and we’ll make it fresh for you! I forgot how overwhelming it is to have your choice from the whole entire a la carte menu!!!

One thing I never realised I enjoyed so much until I could no longer have it was calamari but lucky for me, it was on the menu! So I ordered that with some garlic mayo to start. The calamari were so fresh and perfectly cooked, probably the best I’ve had!

For my main course, I ordered the roasted Scottish sirloin with mash and a diane sauce. They made a few changes on this for me as the sauce had to be swapped out and the vegetables were slightly different but it was worth it, soso tasty!!

And last but not least, for dessert I went for the vanilla crème brûlée (love a good brûlée!) and it did not disappoint! A gorgeous thick layer of flamed sugar and creamy underneath! Best way to end a meal! (And yes… I definitely ate half of it before I remembered to take a photo… I’m only human!)

I was so impressed with the staff’s helpfulness and dedication in ensuring I was always getting the right meal, double-checking that I was okay with other ingredients or side dishes that they had to make changes to. and making sure I received something just as tasty as everyone else! 🙂

They have restaurants in Renfrew and in Glasgow city centre so definitely go check them out if you’re in the area!

Life’s too short to eat boring food – even with IBS!

I’ve struggled with stomach issues for a good few years now and was diagnosed with IBS in 2012 without much help or guidance. In 2014, I discovered the low FODMAP diet which changed my life.

I now live a gluten free life and have a modified low FODMAP diet which I can tailor depending on my symptoms.

I’ve taken back control of my symptoms and want to help others do the same and realise that eating with dietary restrictions doesn’t have to be boring!